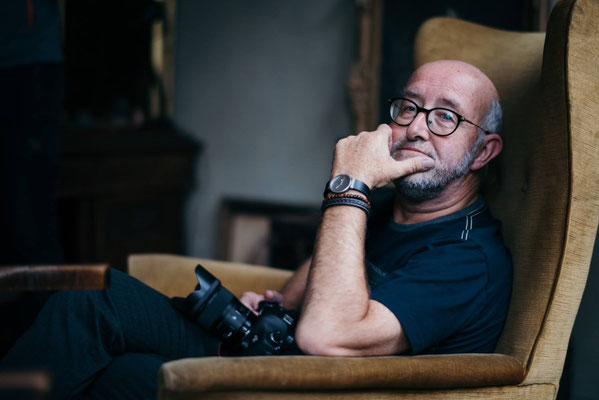 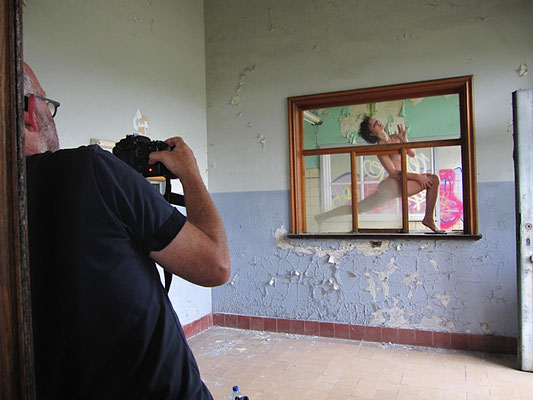 "Ben Ernst is a self-taught photographer based in the Netherlands with over forty years’ experience in photography.

Ernst grew up in a small Dutch village near the German border. In 2009, he began to focus more seriously on a photography profession. He taught himself by attending several courses for portrait photography, as well as workgroups and workshops centering around fine art nudes. Over the past few years, nude photography became his main artistic concentration.

His portfolio takes inspiration from other nude photographers, but the work of American visual artist Man Ray has the biggest impact in his images. Some of Ben Ernst’s other influences include the male nudes created by American photographer Herb Ritts and the early work of Dutch photographer Erwin Olaf. In addition, paintings by Austrian figurative painter Egon Schiele and the use of light by renowned Dutch painter Rembrandt also influence his photos. Being surrounded by art permits him to brainstorm new ideas to explore. An effective way to do so is by visiting art galleries, museums, and attending exhibition receptions.

Ben Ernst's working process is very fluid. First, he conceives a concept and then finds a location and model to help achieve his vision. He prefers to work with models with an artistic background, such as actors and dancers. Mainly due to their abilities in portraying a wide range of emotions and posing fluidly with ease. Traveling models also bring stories and their curiosity informs Ernst’s creativeness. His preferred equipment includes a Sony A7 III, Canon 5D, 6D with 50mm, 85mm, 24-70mm, 70-200mm lenses, as well as Sigma 35mm Art and Sigma 17-40.

The selection of a shooting site is a vital step in Ben Ernst’s artistic process. A location allows him to tie in together the relationship between the model and photographer. And, the perfect setting, either indoors or outdoors, allows for such connection to come through in the resulting images. Ernst and his wife often open their house for the models to stay in, as they often travel from abroad. By having the models visit a couple of days or even longer, he can build a genuine relationship with them. His photographs capture honesty uniquely and highlight the trust built by working together.

Collaboration is what makes Ben Ernst’s images unique and permit him to create creative and authentic representations of the nude form. Ernst is currently in the process of publishing a photo book that captures the unique bond he builds with his models. Focusing on the passersby, the book will showcase the stories of the various models and document their stay at his house. Through this photo series, he highlights the relationship created between the models, his wife, and himself.

Ben Ernst work displayed in solo and group exhibitions in Haarlem, Rolde, and Brussels. Furthermore, his artworks are in the Netherlands, Belgium, the United Kingdom, Ireland, the United States, Australia, and New Zealand. In addition, his images published in various international magazines such as Solstice, Erotiq, NyghtVision Magazine, WASEmag, and ION Magazine. Some of his accomplishments include being a silver finalist in the conceptual-studio category for the PhotoShoot Awards in 2019.